In Defense of Nice Things

I originally titled this post “This is Why We Can’t Have Nice Things” and then saved it in my drafts folder so I could return to it when I was ready to document my thoughts. However, the more I thought, the more my approach to the topic changed. I began to consider the realities of “nice things” and this topic in general, and I now find myself convinced that the reality is a far cry from the popular headlines. You’re no doubt wondering what “topic” I’m referring to, however, so I should probably back up.

This post was sparked by recent reports that Grand Canyon officials would be reconsidering access policies to the national park when they release an updated back country management plan this fall to deal with overcrowding issues. Now, I’ve had a R2R2R run on my running bucket list for quite a while, and love reading reports from other ultra runners who have made the journey. I’ve spent time obsessing over routes, tips, gear suggestions, and timeline recommendations. I’m pretty sure I could attempt the run tomorrow if I actually had the time and money to get to the Grand Canyon tomorrow! Thus, this news obviously made me perk up and pay closer attention to the discussion.

It sounds like the number of hikers and runners descending on the national park has been steadily increasing, and the current infrastructure just can’t handle the numbers. This is not surprising since most of the structures were built over 100 years ago. The park rangers are hearing more complaints about the increasing numbers, and are being forced to address problems resulting from visitors who aren’t adequately prepared and suffer any number of ailments or predicaments as a result. There has also been an increase in trash left around the park, which also creates more work for rangers and other park staff. These problems are no doubt exemplified by various problematic scenarios involving large groups of unprepared visitors that visit the Grand Canyon as a park of tour packages. 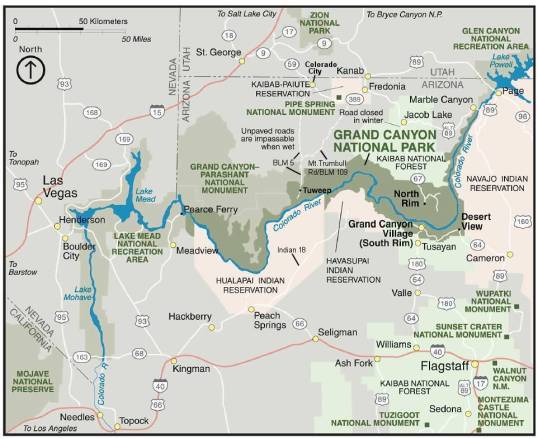 Plenty of land to explore.

Now, it goes without saying that poorly prepared, inconsiderate, or otherwise destructive visitors should not be acceptable, regardless of their intent. However, let me bring to the forefront a few points worth mentioning.

1. The line between “runner” and “hiker” is clearly very murky, so it’s hard to say you are running, fast-packing, or hiking in the park.

2. There will always be outliers. There will always be sensationalized stories of situations involving individuals who do not represent the majority of participants in any given activity. Runners are all too familiar with the random rude folks in an otherwise open, caring and supportive community.

3. Attempting a R2R2R run doesn’t just happen. Even the most experienced trail and ultra-runners take time to plan out details, just like they would for any other race.

4. If you are attempting a R2R2R run, chances are you’ve run a few ultra and trail events before! I’d venture to guess that very rarely does a recreational runner just wake up one day and decide that want to traverse the Grand Canyon twice, over 42 miles.

5. Trail and ultra-running is built-in part on the principle of “leave no trace”. The same is true of committed hikers and fast-packers. We know how important it is to be good stewards of the land we have the privilege of exploring on foot, and we want to keep it as pristine and beautiful as the moment we ran through it. (if you are rolling your eyes or shaking your head in any way, please see #2)

Recently, however, it seems that there has been a particular “backlash” against runners (broadly defined). Articles are popping up everywhere complaining about behavior or generalized (read: stereotyped) personality traits that happen to describe some runners. I’m really not sure what is motivating people to decide runners are worthy of their scorn and the time to chastise, especially considering all of the other complete stupidity that exists around the world on a daily basis. I could suggest that there is an element of self-loathing involved, linked to the obesity epidemic that our country is currently experiencing, but I’d probably get chastised for that. Thus, I’ll refrain.

I should add that the Grand Canyon is just the next in a line of national parks that are limiting access to runners and others. I followed the Badwater 135 very closely this past week and was amazed by the endurance and athleticism of everyone who toed the line this year (side note: I WILL toe that line some day). This year’s race was especially interesting because the course was altered due to the moratorium placed on special event permits by Death Valley National Park’s new superintendent. There was quite a stir when the announcement was made, and the race director has taken everything in stride and should be commended for his continued service to the running community! The race went off beautifully, but the new route has certainly changed the history of the race. 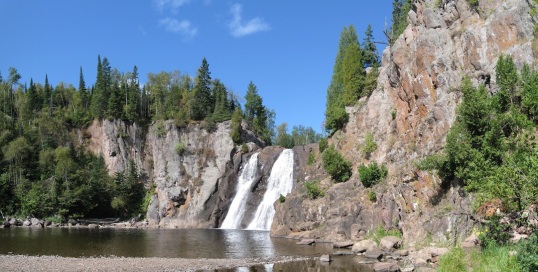 Looking forward to exploring the Superior Hiking Trail in a few short weeks!

All of this is to say that I completely understand and support the movement to protect our natural resources and update national park policies to reflect changing trends in community behavior. Many of our natural resources are dwindling and our national parks, along with the wildlife and plant-life, are constantly being threatened. Not only do many of the shelters and other facilities located at many of our parks need to be updated, but people visiting these areas need to take the time to educate themselves on proper etiquette and behavior so we can maintain the beauty that defines these spaces. Limiting access and eliminating events may ultimately prove necessary for the continued preservation of these spaces. However, for the time being, I would hope that committed and passionate runners would not be excluded from the experiences one can only have in these spaces. We are a considerate, responsible, and thoughtful bunch. Embarking on these various experiences is simply the final step in a series of unique and personal commitments. As runners, we understand the responsibility to be stewards of the land, and we take that responsibility very seriously. Every time we hit the trail, clear a path, and explore the natural beauty around us, we prove that we do deserve these nice things. We truly appreciate them.